I visited the Fairbanks House for the first time today in Dedham, MA. It is the oldest timber frame house in North America, built around 1637. 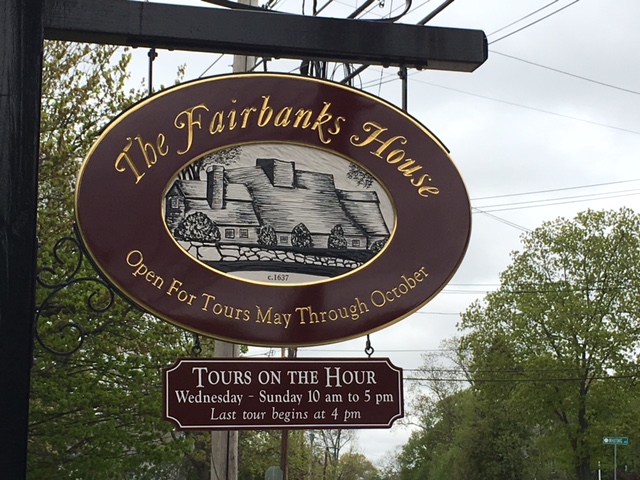 The home was continually inhabited by members of the Fairbanks family until the early 1900s, when it became a museum. We learned about early American architecture, woodwork and Puritans, but the most fascinating part to me was this little mark (the X) near the fireplace:

Known as a witch mark, or a hex mark, it was a protection against witches in a time when everyone thought that they existed. The chimney was thought to be the easiest access point for witches, so the mark placed here would help keep them from entering the home through the fireplace.

I had heard of these in England, but had no idea any existed in New England. While rare, this house is not the only house in North America with this protection. Shoes were also found hidden near the chimney. According to the curator, foot odor was thought to be the essence of humans. If old, smelly shoes were hidden in the chimney, witches would be distracted and not enter the home.